Shopping Cart
Your Cart is Empty
Quantity:
Subtotal
Taxes
Shipping
Total
There was an error with PayPalClick here to try again

Thank you for your business!You should be receiving an order confirmation from Paypal shortly.Exit Shopping Cart

First off Grandma has had to make a couple of moves. She is working in two places and a new partner. A young woman by the name of Ruby who has not only gone to school for teaching but she has become my partner.

One thing Grandma has noticed is that she feels she needs to gain interests of the people. She is trying very hard to get income with this website started, therefore she offering her sewing ability not only in decorating ideas, crocheting, wedding apparel and consulting, suits and coats as well as flower bouquets, door trimmings, real estate investing,and entrepreneur work as well as teaching lessons etc. All you need to do is contact her.She is sorry she is not rich and cannot invest into everything. 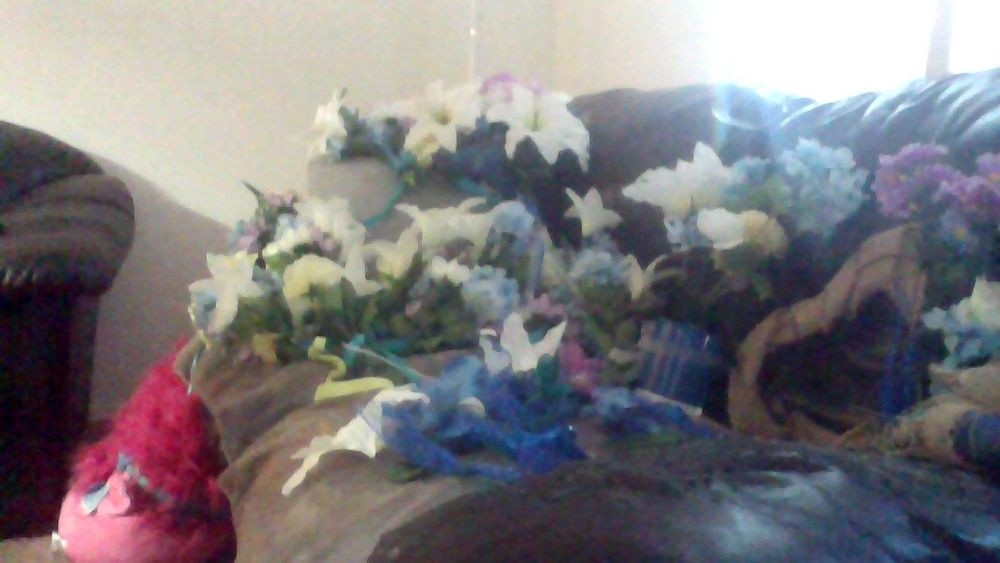 As you get into the updated site you are going to see many new changes as different connections Grandma has had opportunities offered; new and more products; New previews and exciting things to buy and opt into as well as good reasons to make contact and gain access. Grandma has and will be adding more and more for the family uses and needs. Why are toys useful= because some give them opportunity for help in coordination development others add to their imagination and knowledge. So much more through the years. However, sewing, crafts and decorating as other things develop patterns for math and computer skills, organizing themselves and categorizing things. They help them learn about life too.

She will be contacting people that want to put on the site as T-shirts. Maybe you just want information about entrepreneur work or real estate investments. We will be here to give that information.

Thanks for visiting (Lessons)

We hope our Home Education Program helps parents through the teaching of their children and provides some extra avenues to carry out that job.

Our Home Education Program gives lessons on the following:

I am going to give you one day of lessons and let you know you can translate most languages into English through Translate to English. The lesson is as follows:

The Unit on Insects is as follows:

Introduction-Turn your (children) into excited young entomologists with this motivating array of insect activities. (Grandma has one book that invites children to belong to what they call a bug club, there is also in another what they call a plant club. At the end of this insect unit in book (57) are awards for insect collecting and doing. Take advantage of awards any time you can because kids really love them as much as they love little stickers.) They will be "buzzing" with excitement as they plan an insect trivia game, use "Bug-a-Rama Drama" script starters to create plays, and work on the Bug Bonanza activity page. (Another important activity for children to do is collect all kinds of bugs, spiders, butterflies, flies, ants, etc.; This time of year they are abundant because they have had all summer to develop. It is a great time to do some fishing and hunt for big worms after a rain.Save insects in plastic cover with netted covers or jars for a short time and then released.)

The Bug Jar Trivia Game. Send your (children) on an insect "trivia hunt" to help make a (family) trivia game. They may use encyclopedias and other reference books to research their information.Divide your class into small teams and ask each group to write questions (with answers) on 3" x 5" cards on their assigned subject. Suggested categories include ants, butterflies, bees, crickets, grasshoppers, flies, and beetles. Have a brainstorming session with your (family and friends) to add more to the list.Place the completed trivia question cards in a large glass jar labeled "The Bug Jar," and play a round or two during those extra minutes of the day.To further extend this activity, trivia teams can write mini reports on their assigned insects to be presented to the (family and friends). Suggestions include making poster reports (with pictures and facts), creating a television game show or news program that features insects facts, and an imaginary interview with an entomologist.

Fabulous Fables. It's fable time! Read students some of Aesop's delightful fables that feature insect characters. Suggestions are "The Grasshopper and the Ant," "The Ant and the Dove," and "The Fox and the Cicada." Next have the children write and illustrate their own fables using insects as main characters.Celebrate at the end of this project by having an "Aesop's Fable Party." Have your children read their fables to the class. Serve animal cookies, since so many of Aesop's characters were animals!

Mother Goose Fun Read the familiar "Little Miss Muffet" Mother Goose rhyme to your (children). Ask the (children) to create a comic strip about the rhyme from the spider's point of view. (This is a good introductory unit to Mother Goose but Grandma usually likes to use it in the month of May because of everything starting with the letter M for May. However, Grandma likes to use the story of the Moose eating a cookie and the Mouse eating something else Grandma can't remember because of the mice at Christmas time, cookies for Halloween, forest stories in the fall because of the harvests and changing of the trees. They all seem to fit that way for Grandma thought of learning. You have to plan things comfortably for yourselves. If you did cover the Mother Goose rhymes in the spring or for last year, this definitely fills the position as a review and with the introduction of comics as well as the restart of the newspaper.)

Invention Fun Be an inventor! Create a new state-of-the-art and farm. Label the parts of your new ant farm. Draw your design on another sheet of paper. Tell the world about your invention. Write an advertisement about the ant farm. (Use another insect if you wish.)

Let's Write a "Story Write:: a story about a bug. Here are some story starter ideas::Hello, my name is Gary Grasshopper. My life as a grasshopper is very exciting! Let me tell you about one of my days...One warm summer day, a curious ant named Andy decided to visit a picnic. It turned into an adventure that he would never forget! here's what happened...

"Bug-a-Rama Drama Delight" your (children) with these motivating script-writing activities. ...give each ...a script starter. Ask each...to create a script, practice it, and then share their skits with (you and/or others).

Amazing Insects Setting: television newsroom Characters: Announcer and any number of reporters Script-Starter: Announcer: "Welcome to our program Amazing Insects. Our reporters are here today with some interesting information on insects. Here's our first reporter with some great information." (Reporters 1, 2, 3, etc., give their reports on various insects.) (Puppets can be use or dolls in place of other reporters only your child or children are do the talking. )

The Unhappy Ladybug Setting: grassy meadow Characters: Laura Ladybug, Buzzy Bee, Cassie Cricket, Andy Ant, Bernie Butterfly, and any number of insect characters Plot: Laura Ladybug sits sadly under a mushroom. It's her birthday today, and all her friends have forgotten. Write a script telling how her friends come to the rescue to make it a happy birthday she'll never forget.

Fred E. Firefly Saves the Day Setting: grassy field Characters: Fred E. Firefly, Betty Butterfly, and any number of insect characters Plot:One rainy day a Monarch butterfly named Betty got separated from her family. They searched all day with the help of their insect friends but couldn't find Betty anywhere. It was getting dark--what could they do now? Write a script about how Fred E. Firefly comes to their aid.

Attention all Junior entomologists! Grab your pencils and test your knowledge of the insect world.

Attention kids! Get your paper, pencils, and crayons ready and let's begin! We hope you enjoy the activities below__ all about insects.